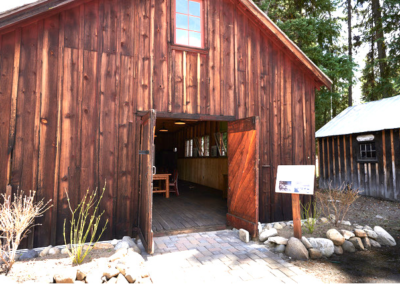 The Carpenter Shop was the first building completed in 1937 and used in the construction of the other buildings on site. It was then used for maintenance projects for SITPA’s many fire lookouts across the West Central Mountains. Today, the restored building is available to the community for workshops, meetings, presentations and other events. 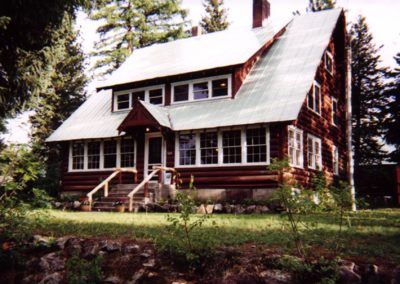 The Fire Warden’s House, built in 1937 and listed on the National Register of Historic Places, is a stunning example of ‘American Rustic” architecture. 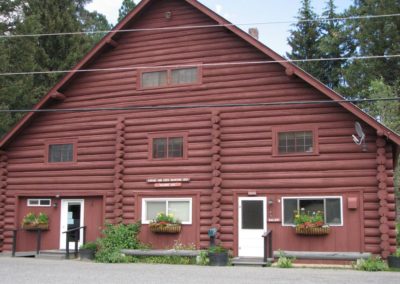 The Bunkhouse/Office was used as summer employee housing, an office and truck bays. It’s currently used as an exhibit space and for Archives.

The Machine Shop, with its forge and welding equipment, was used as a repair shop. It now houses the Corliss Bullwheel that ran the McCall sawmill as well as exhibits on logging, the mill and SITPA lookouts. 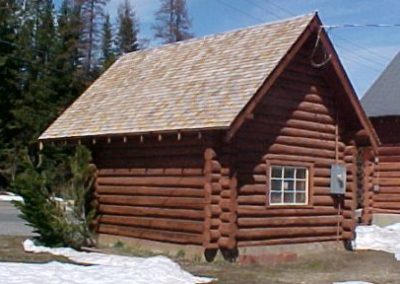 The Pumphouse was SITPA’s gas station for the site. It is now used as an outlet for recycled books. 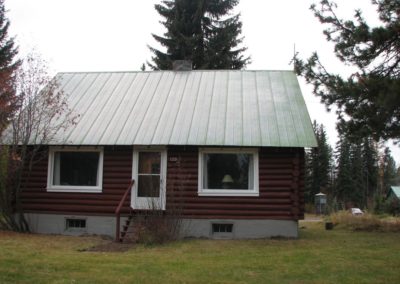 The Assistant Fire Warden’s House was built in the early 1950s by Howard Koskella, SITPA’s assistant fire warden. In 2010, it was place on the National Register and is currently used as a private residence. 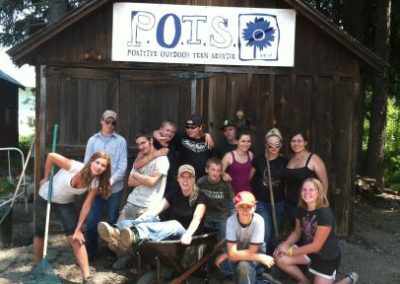 The Oil Shed was used to service SITPA’s firefighting vehicles. 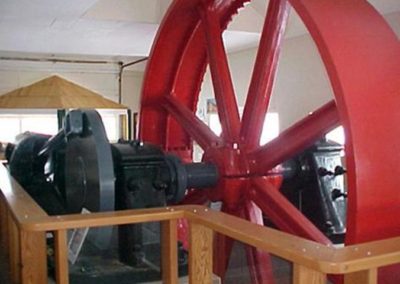 The Corliss Bullwheel was part of the Corliss Steam Engine (c.1900), that ran the McCall sawmill from 1940 until it closed in 1977. This impressive, red wheel measures 19 feet in diameter, weighs approximately 22 tons and ran the entire mill using a belt and pulley system. 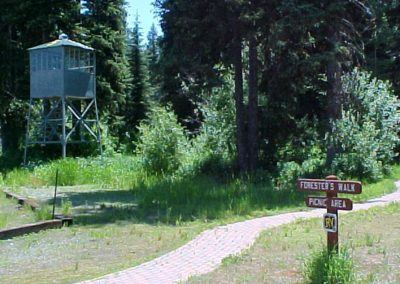 The Foresters Walk meanders through the southern most acre of the site and except for the brick path, is little changed from 1937. The metal tower with cab is the Sloan Lookout built by Aermotor (c.1936) and erected with CCC labor. It stood on the Payette National forest from 1935 until the 1980s and was over 80 feet tall. 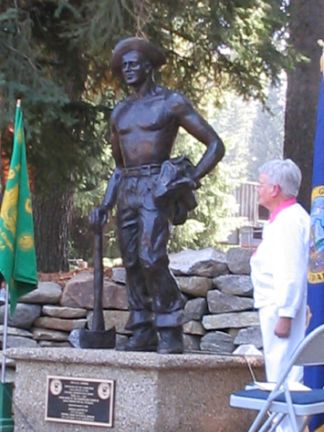 The museum is honored to be the State of Idaho’s official site for “The Worker”, a bronze statue representing the young men of the Civilian Conservation Corps (C.C.C.) 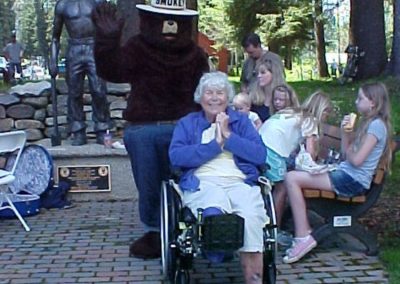 Our site is a great place to enjoy yourself!